Lorde criticised feminists of the 1960s, from the National Organization for Women to Betty Friedan's The Feminine Mystique, for focusing on the particular experiences and values of white middle-class women. Her writings are based on the "theory of difference", the idea that the binary opposition between men and women is overly simplistic: although feminists have found it necessary to present the illusion of a solid, unified whole, the category of women itself is full of subdivisions.
Lorde identified issues of class, race, age, gender and even health — this last was added as she battled cancer in her later years — as being fundamental to the female experience. She argued that, although the gender difference has received all the focus, these other differences are also essential and must be recognised and addressed. "Lorde", it is written, "puts her emphasis on the authenticity of experience. She wants her difference acknowledged but not judged; she does not want to be subsumed into the one general category of 'woman'".[8] 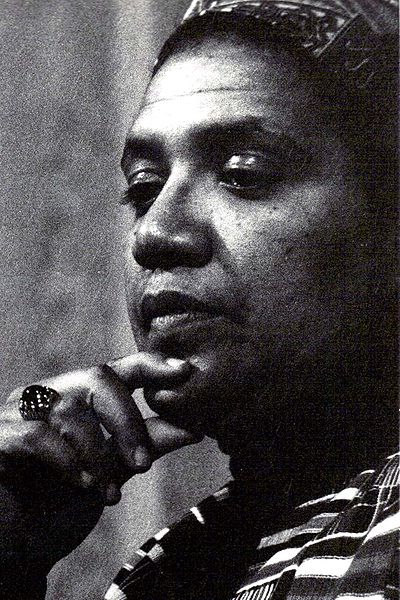 While acknowledging that the differences between women are wide and varied, most of Lorde's works are concerned with two subsets that concerned her primarily — race and sexuality. She observes that black women's experiences are different from those of white women, and that, because the experience of the white woman is considered normative, the black woman's experiences are marginalised; similarly, the experiences of the lesbian (and, in particular, the black lesbian) are considered aberrational, not in keeping with the true heart of the feminist movement. Although they are not considered normative, Lorde argues that these experiences are nevertheless valid and feminist.